Peninsula Toastmasters has a diverse group of members that makes sure we create a positive, educational, and engaging club environment.  Read more about some of our members and what they do outside of Toastmasters. 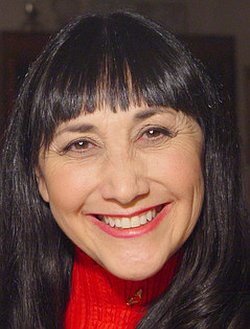 Shelley Stockwell-Nicholas, PhD) is the author of 15+ books, and dozens of educational DVDs and CDs. She share hands-on easy-to-use tools so you can use your mind for joy, peace and success.

A Hypnotherapist for 30+ years, her books include “Time Travel,” “Denial Is Not A River In Egypt,” “Hypno-Tarot,” “Automatic Writing and Hieroscripting,” and “Stockwell’s Hypnosis Dictionary Script Book.” She co-authored three books with the legendary Ormond McGill and was the contributing editor of his life’s work and final masterpiece “McGill’s Hypnotherapy Encyclopedia.” Her most popular “Hypnosis How To Put A Smile On Your Face & Money In Your Pocket,” is used as the training manual for hypnotists worldwide and is published in Russian as well as English.

President and Founder of the International Hypnosis Federation and www.hypnosisfederation.com, she invites you to join her at the annual March “It’s All About YOU” conference in California. Her highly experiential classes are peppered with dazzling personal tales and riveting take home tools. Dr Shelley has appeared on over 600 of radio and television shows including ABC, BBC, CBS, Good Morning Australia, with Bert Newton and David Letterman. Her own television series “The Shelley Show” won an angel award of excellence for outstanding cable television. From the Los Angeles Times, to the London Daily News, Dr Shelley is called a “premier hypnosis expert.” She is a Past President of Peninsula Toastmasters Club 174 and was the youngest person at her high school to win a National Forensic League speech contest.

Check out Amazon to review a list of Shelly’s books.!

Two-Time Distinguished Toastmaster Grace Welt­man is a passionate and known community driven leader in Los Angeles County.  Currently, Grace is currently the President and Principal Consultant of Communities in Motion, which is a consulting firm that provides strategic planning, policy and planning services, community engagement and capacity building services for nonprofit and public agencies.  Grace has over 20 years of nonprofit management, community planning and engagement, as well as extensive policy and legislative experience.  Grace haled leadership roles in the area of training and technical assistance foe nonprofit organizations, the Los Angeles homeless delivery system and Early Education and Child Care. Grace received her Bachelor of Science in Public Policy & Management and her Master’s in Public Policy degree from the University of Southern California Price School of Public Policy. A native of Los Angeles, Grace has been residing in the South Bay for over 15 years. 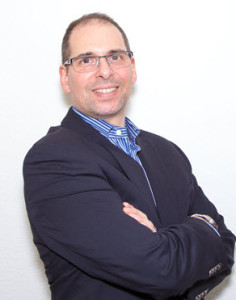 Steve’s career began in service to our nation as an electronics technician in the US Navy (1987 to 1995). He quickly outgrew these duties and sought out additional responsibilities, performing software and hardware support in early computing environments aboard ships. During his departure from the Navy, he attracted the attention of Intel recruiting where his first Fortune 500 job ended quickly but propelled him into entrepreneurship in Albuquerque New Mexico when his blossoming company was acquired by (formerly) Brooks Fiber Communications, now Verizon.

Since those humble beginnings, Steve has worked for 13 of the Fortune 500, the largest US companies, providing critical IT services in a variety of capacities.  Steve’s career has taken him internationally and has even built some of the world’s largest Internet networks. Some of his prior clients and employers include Intel, Verizon, Lucent Technologies, Cisco Systems, Universal Studios, DirecTV, Disney, Rural Metro Ambulance, BCBS MN and most recently Mattel.

Today, Steve operates a business-focused IT consultancy, Absolute Network Solutions (www.absolutenets.net) which specializes in Enterprise Information Security, however engages in many areas of IT service within midrange and large enterprise clients.  Some of his company’s other services include executive business technology consulting, IT business disaster and recovery planning, Security Remediation, website design, social media and social channel connectivity and online marketing services.

In his free time, Steve provides the IT services for Peninsula Toastmasters club, where he manages the club’s website, its social media system’s back-end connections, the cloud services tools such as Google Apps, PayPal, Wave Accounting, Online Banking, and document sharing.

Additionally, Steve has provided technology guidance to several non-profit organizations, some of which have grown to a few thousand members. His efforts have been in community engagement, childcare policy and most recently homeless services.