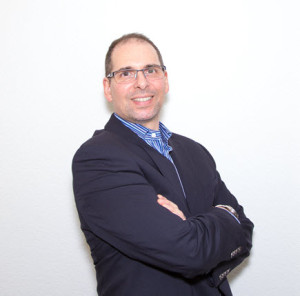 Steve’s career began in service to our nation as an electronics technician in the US Navy (1987 to 1995). He quickly outgrew these duties and sought out additional responsibilities, performing software and hardware support in early computing environments aboard ships. During his departure from the Navy, he attracted the attention of Intel recruiting where his first Fortune 500 job ended quickly but propelled him into entrepreneurship in Albuquerque New Mexico when his blossoming company was acquired by (formerly) Brooks Fiber Communications, now Verizon.

Since those humble beginnings, Steve has worked for 13 of the Fortune 500, the largest US companies, providing critical IT services in a variety of capacities.  Steve’s career has taken him internationally and has even built some of the world’s largest Internet networks. Some of his prior clients and employers include Intel, Verizon, Lucent Technologies, Cisco Systems, Universal Studios, DirecTV, Disney, Rural Metro Ambulance, BCBS MN and most recently Mattel.

Today, Steve operates a business-focused IT consultancy, Absolute Network Solutions which specializes in Enterprise Information Security, however engages in many areas of IT service within midrange and large enterprise clients.  Some of his company’s other services include executive business technology consulting, IT business disaster and recovery planning, Security Remediation, website design, social media and social channel connectivity and online marketing services.

In his free time, Steve provides the IT services for Peninsula Toastmasters club, where he manages the club’s website, its social media system’s back-end connections, the cloud services tools such as Google Apps, PayPal, Wave Accounting, Online Banking, and document sharing.

Additionally, Steve has provided technology guidance to several non-profit organizations, some of which have grown to a few thousand members. His efforts have been in community engagement, childcare policy and most recently homeless services.

This entry was posted in Uncategorized. Bookmark the permalink.